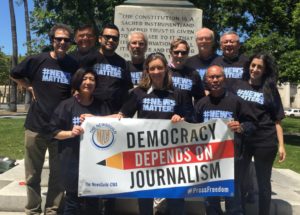 The News desertification of Silicon Valley And America

At long, long last, major news organizations like the Washington Post, The New York Times and The Wall Street Journal are stepping in in an attempt to save once-powerful local/regional newspapers like the (San Jose) Mercury News and The Denver Post from their rapacious, greedy owners — a New York hedge fund named Alden Global Capital.

Alden is only the worst of the newspaper owners that have tried to cut their way to profitability, that have zero respect for the role that these watchers of city halls and school boards, these defenders of democracy,  play in communities large and small, from sea to shining sea.  No, Alden and their ilk seek only to reap obscene profits.

For years now, they’ve been laying off scores of reporters, editors, copy editors, photographers, librarians and newsroom support staff, as well as slashing the remaining workers’ pay and benefits. They’ve sold off the papers’ hard assets, too, like real estate and printing presses. And, in  Alden’s case, they’ve allegedly diverted hundreds of millions in newspaper profits into unrelated businesses, while the fund’s principals, like Heath Freeman, have bought up mansions like some of us buy Starbucks grandes.

The result is that I can tell you that most of my friends and former colleagues at the Mercury News whom you can see in the picture at the top of this post — taken within the past year or so — have left the paper in the past few months. Some retired, some accepted buyouts, and one moved on to another paper with slightly better prospects. I think only four, maybe five, of the 10 in the picture are still there. I know for a fact that almost all of them would rather still be kicking ass at the paper they once helped make into one of the best in the Western United States.

I made the same decision to leave the Mercury News/Bay Area News Group almost two years ago. And my Pulitzer-winning wife left for greener pastures just weeks before most of these folks. (We’ve known for a while now that a family that relies on two newspaper incomes is living on borrowed time, so we ditched the airplane as soon as we saw the tail take Alden’s anti-aircraft fire.)

The tirade above reflects how pissed off I am at Alden (and GateHouse and Tronc and Gannett and so many more) for treating their news properties like any other business, and to hell with American democracy and an informed electorate. (Is there any other constitutionally protected business besides news? No.)  But newspapers’ plight is kind of old news.

(Yes, I know many people don’t see newspapers as worth saving. No, I do not deny that newspapers have been slow to adapt in the internet era and brought on some of their own problems by being painfully out of touch. Meantime — and I mean this with respect and warmth — kindly fuck off if you’re happy to see them fail. We can have that discussion another time.)

Now, it may not seem like it, so far, but this essay is actually about how pissed off I am that the hot-shot national newspapers have gone blithely about their business for years and years with scarcely a passing concern for the long, slow decline of newspapers in cities and towns from Anchorage to Zanesville.

The Times, the WaPo, the Journal, Politico, and even Forbes and CNN finally woke up out of their stupor in the last several weeks — and especially after The Denver Post courageously produced an editorial and devoted its entire Perspective section (damn, they still have one?) to the declining state of the Post and the resulting effects on the city and all of Colorado.

Yes, the bigfoot organizations have finally stepped up with editorials of solidarity for the Alden-owned papers (a subsidiary known as Digital First Media — one of the biggest newspaper chains in the country by some measures).

But the Newspaper Guild in particular, which represents many of the editorial staffers at the Mercury News and sister paper the East Bay Times, has been actively fighting for years against Alden’s cuts. Despite those cuts, they still do some amazing journalism (admittedly, a whole lot less of it).

Long before the latest rounds of blood-letting at the Merc and The Denver Post, and long before the Post’s bold editorial, some DFM news executives have quietly joined the Guild and non-union journalists alike in trying to pressure and embarrass Alden to sell its papers to local entities who actually give a damn about the communities they serve. 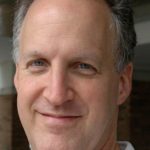 And Neil Chase, the head news honcho for BANG, has been actively out there trying to find such investors — a task that’s not in his job description, by the way. There are scads of wealthy people in Silicon Valley who could but the papers as a vanity project or a legacy project — hello, Steve Wozniak, Mark Zuckerberg, etc., etc., ad nauseam. To Chase’s credit, he was making no secret of his mission even before Denver went rogue. He’s even planning to hold town hall-style meetings to listen to what the public wants from the Merc’s new owner, should there be one.

But it would have been far easier a task if the news orgs that wield national clout had put the pressure on Alden Global Capital and its ilk back when the regional papers were still clearly worth saving and not mere shells of their former selves. Now,  despite the faint stirring of some momentum toward shaming Alden to sell, and newsrooms at the notoriously anti-union Los Angeles Times and Chicago Tribune (finally) moving toward unionizing,  I despair that the rising fight to save local journalism is too little, too late.

If there’s a silver lining, it’s this: At least now these name brands like the Mercury News may be available at bargain basement prices to any white knights with the resources and desire to rescue their communities from the current news deserts spreading across America.