Since the election of Donald Trump stunned Americans and the rest of the globe, people are trying to figure out how it happened and what it says about historic forces in the American character. I talked to a young Stanford law professor who had recently written a book explaining the election outcome by tracing it to the dark aspects of “American exceptionalism.” In a story I wrote about the book, Mugambi Jouet told me that Trump tapped  into these strains more successfully than any predecessor. The story was published in Metro Silicon Valley, an alternative  weekly. 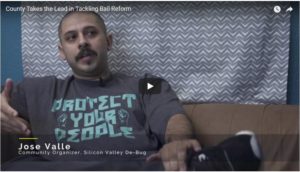 I produced this story for Santa Clara County (California) Newsbeat under a contract with PRx Digital in San Jose. With newspapers in dire financial straits and no longer able to cover government with the same depth, Santa Clara County and other governments are hiring more journalists to tell their stories. In this case, County Supervisor Cindy Chavez was concerned that the bail system unfairly disadvantages the poor and wanted a story explaining why and how she wanted to reform it. Many of those awaiting trial sit in jail only because they can’t afford to post bail, while wealthier people charged under the same set of circumstances can bail out and more actively pursue their defense. Chavez was pushing the county to act, and get out in front of the state, to create political momentum. The piece explores both sides of the issue and frames the county’s progressive, innovative approach to an issue that is spreading across the country. 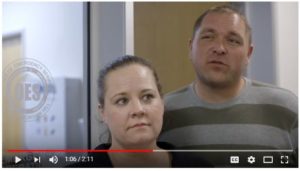 Here’s another piece for County Newsbeat. Parent Project is a countywide program run out of the DA’s office in which police, prosecutors and judges conduct classes to teach parents the skills they need to get their rebellious kids back on the straight and narrow before it’s too late. I developed and planned the multimedia project, conducted a phone interview with the school resource officer in the video and wrote the accompanying text.

I’ve been writing success stories for Addy-winning San Jose digital agency WebEnertia for a while now. There was learning curve with respect to understanding the technology that goes into digital production and translating it into everyday language. Here’s one I wrote for the company’s blog about the work the agency did to make an interactive, millennial-focused website for Stanford’s prestigious Hoover Institution think-tank. “In a time of political polarization, hyperpartisanship and factual distortion, Stanford University’s Hoover Institution realized its scholars could help young Americans cut through the fog and, hopefully, develop informed opinions on critical public issues. So they decided to try to meet millennials — America’s emerging leaders — on their own digital turf. After researching 18-to-34-year-olds’ preferred learning styles, they called WebEnertia to help them create a website experience bristling with millennial-friendly features.”

I’ve done a few freelance jobs for Silicon Valley Community Foundation — the largest such philanthropic organization in the world. This one’s about how SVCF pulled together a massive set of community discussions called On the Table, in which nonprofit leaders were asked to bring people together on a particular day to brainstorm ideas for tackling the housing crisis in the San Francisco Bay Area. The idea of the story was to help drum up more people to host these events, which will hopefully turn into concrete, localized solutions. 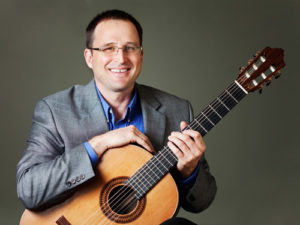 Few things are as effective at making a small business stand out as letting customers and prospects get a feel for the man or woman who’s put their heart and soul into their little enterprise. That’s one of my favorite things about regularly writing short business profiles for the Sunnyvale Downtown Association blog, where there’s more of my work of a similar nature. Here’s one I wrote about Silicon Valley Classical Guitar School owner Scott Gossage’s journey to entrepreneurship. 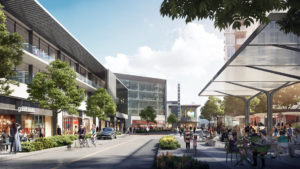 I wrote this timely update for the Sunnyvale Downtown Association, whose 300 member businesses stand at a critical time. Previous plans to redevelop the area have fallen by the wayside midway through, largely falling victim to  the economy. Now there’s a mixed sense of excitement and apprehension among the existing restaurateurs and merchants as construction on the new plan gets underway. This piece was intended to assure the nervous members that their interests will be well-protected as the massive project moves forward.