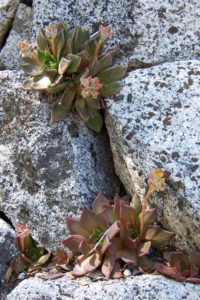 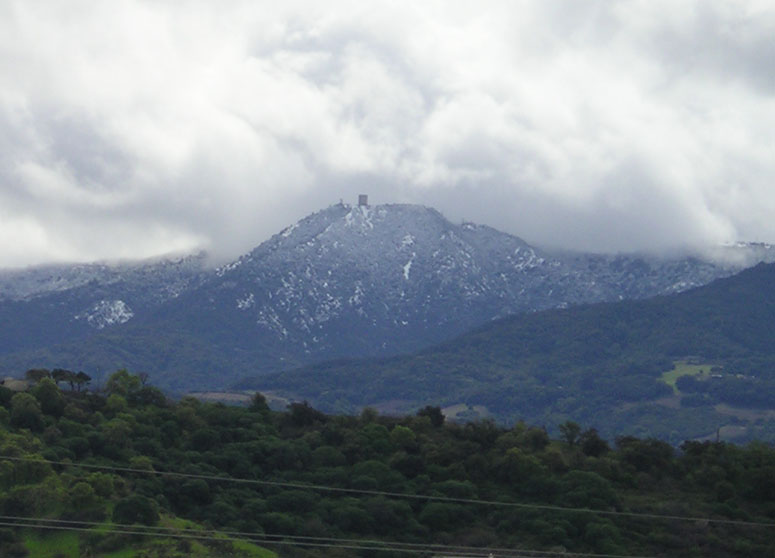 You might never notice her, but there's a girl who lives up here

offer mercy to no being.

So difficult is survival that few of the ground-dwelling creatures

this rock garden can afford even a passing thought for the dirty block tower over there.

For a just an instant, a generation or two back,

and watched for Soviet bombers to arrive out of the sunset.

But thankfully Moscow soon got tired and everybody went home.

And before long the old order, more or less intact, was back

The girl is still here, but as I said, you might never see her. That’s how she wants it.

The sky is big and the vista is captivating. The ants and low-growing plants aren't the first things you'll see.

Although it's an exposed place, the canyon liveforever blends right in.

Now that the Air Force is gone,

that scan the sky in fear

of predators: hawks, owls, who knows what else?

The girl sits here unobtrusively on the desolate moonscape

named for the thrumming sound of the hummingbird.

she lives as the canyon liveforever, an inch-tall succulent

whose fiery little blooms are tended by the hummers in the summers.

to her hard-won purchase amid

sharp clastic rocks that were formed by the slow, violent clash

of tectonic plates, like, a billion years ago and then heaved up here.

On this day, as on so many before, the gale, the cold gale reaches

down into the jagged stones and buffets her. She doesn't budge.

Though it seems she has little going for her at first glance,

come June she can't hide the subtle glory of her blooms

nor how perfectly she is adapted to the rugged mountaintop.

If you take the time to look, you’ll behold Jessica for yourself.

But please don't startle her. Although she's not as delicate as she looks,

she has only survived up here for all these eons

by always looking out for bombers and predators.